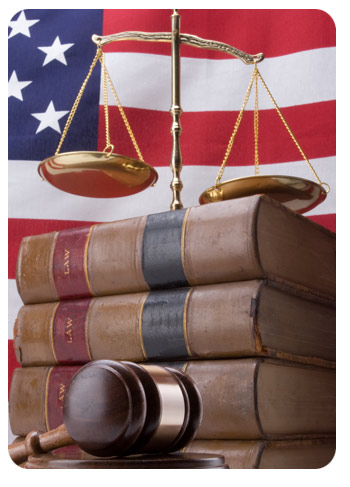 If you have been convicted of a felony, misdemeanor convicted of a felony or misdemeanor offense, the hardship does not end when you complete your probation or parole. You have a criminal record that will follow you for life. It can limit your present and future educational and employment opportunities, prohibit you from owning firearms, and affect you in other ways. In some circumstances you can remove the stigma of a criminal conviction by applying for a pardon. Applications for pardons are made to the Pennsylvania Board of Pardons and pardons are granted by the Governor. Applying for a pardon can be difficult and frustrating. Attorney Patterson has successfully assisted and guided people seeking pardons through the pardon process for more than 25 years. He can answer your questions about the pardon process, tell you if you should apply for a pardon, and if you do apply, help maximize your likelihood of receiving a pardon.

When you are charged with a felony, misdemeanor, or summary offense, a record of that charge is created on the Pennsylvania Unified Judicial System the moment the charge is filed. Even if you are not convicted, these records are on the internet and available to anyone.

It doesn't matter whether a person receives ARD, pre-trial Diversion, is found not guilty, or the charge is withdrawn or dismissed. A record of the offense remains until a court is asked to expunge (erase) it. Just the existence of these records can cause humiliation and embarrassment-you never know when you may have to explain your criminal record to someone like a prospective employer.

Summary Offenses like Disorderly Conduct, Minor Drinking, Public Drunkenness and Retail Theft used to be considered no big deal. Now, just like felonies and misdemeanors, records of these offenses in Pennsylvania are available on the internet the instant they are filed. With a Retail Theft, fingerprint records are also maintained by the State Police. Minor Drinking and other summary alcohol offenses will appear on your driving record. >{? For a Summary Offense, if you have been found guilty or have plead guilty, after 5 years, you may be eligible to have the records of the offense expunged.

After turning 21, you may be able to erase the record of a Minor Drinking from both the internet and your driving record.

Expungement of these records means you do not have to fear discovery of the charge or have to discuss it with anyone. If your expungement is granted, the court will order all Federal and State Criminal Agencies that maintain criminal records to destroy them.

Although Juvenile Arrest and Court Records are generally confidential, they are subject to public disclosure for serious offenses committed by a child as young as 12 years old. Juvenile records may also be used to enhance criminal penalties for crimes committed when a person turns 18. Juvenile adjudications that require a suspension of driving privilege do appear on a person's driving record.

Juvenile records may impose barriers to the juvenile's future success, including military career and college.

The expungement law for Juvenile records is complex. Many Juvenile records can be expunged after 5 years have elapsed from completion of supervision. With the consent of the District Attorney, expengement may occur when a child turns 18. Some records, however, may never be expunged.

Whether you are interested in expunging a non-conviction Felony or Misdemeanor Record, Record of Summary Offense, or Juvenile record, you Attorney Patterson can explain the expungement process in detail and can help you clear your record. You deserve a clean record. Call him for a consultation.